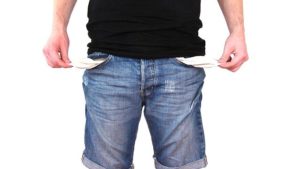 Those applying for U.S. Visas and Green Cards will now face screening based on income, assets, health conditions, insurance coverage, and past use of public benefits.

Visa applicants and individuals seeking permanent residence (green cards) must now provide additional information and documents to USCIS and DOS as part of their applications. The new rules will apply to applicants filing petitions on or after February 24, 2020.

Who is affected by these new rules?

This includes most types of visas and green cards based on family ties or employment. Some applicants are exempt from the new “public charge” rules, including U or T visa applicants, those with Temporary Protected Status, Special Immigrant Juveniles, asylees and refugees, and applicants under the Violence Against Women Act, the Cuban Adjustment Act, the Nicaraguan and Central American Relief Act, and the Haitian Refugee Immigration Fairness Act. 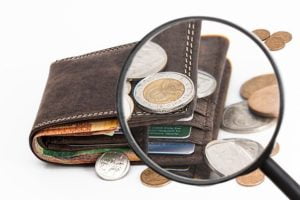 The “public charge” bar for immigrants to the United States has existed for decades. However, these new rules provide for a much more intensive review of the personal background of applicants for visas and green cards than had previously been in place.

What factors are considered in the new “Public Charge” test?

The use of public benefits (including cash assistance, SSI, food stamps, public housing, and some forms of Medicaid) is considered for the 36 months prior to applying for admission or adjustment of status, as well as any certification to receive benefits in the future. This use of such benefits for a total of 12 months or more during the 36-month period is heavily weighted against the applicant if the public benefits were received or approved after the effective date of the new rules on February 24, 2020. If the public benefits were received or approved prior to that date, only cash-based benefits and long-term government-paid care are still considered negatively, though not “heavily weighted.”

Importantly, many categories of benefits are not considered “public benefits” under the rules, including but not limited to student loans and Pell grants, emergency Medicaid and coverage for children and pregnant mothers, Affordable Care Act (ACA) healthcare coverage, worker’s compensation, school lunches, and military servicemember benefits.

Other factors that USCIS and DOS will consider against visa and green card applicants include serious medical conditions that would interfere with applicants’ ability to provide for themselves, lack of private health insurance coverage, and the failure to work, attend school, or reasonable prospects of future employment despite possessing a work permit. Applicants over 62 years old will face negative consideration if their age may interfere with the ability to work. Negative weight will be applied to immigrant households that earn less than 125% of the Federal Poverty Guidelines for their family size. 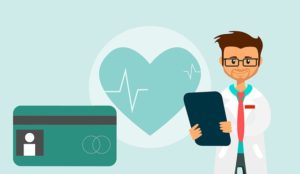 Positive factors to be considered heavily by USCIS and DOS include legally obtained household income or assets of at least 250% of the Federal Poverty Guidelines for the applicant’s family size, serving as a primary caregiver for a minor, ill, elderly or disabled family member outside the United States, and the applicant having private health insurance coverage for the expected period of admission without using ACA premium subsidies. Health insurance through the ACA will still be considered positive for applicants, though not “heavily positive,” in the multi-factor test.

Will applicants for visas and green cards need to complete additional forms?

New forms have been issued for applicants to provide extensive information about their financial status and related background in light of the new rules. The USCIS has issued the Form I-944, Declaration of Self-Sufficiency. The DOS has published the Form DS-5540, Public Charge Questionnaire. USCIS and DOS will use the information and evidence provided in order to determine whether visa and green card applicants are likely to become a “public charge” at any time in the future.

The new “public charge” rules do not affect individuals who are renewing their existing green cards, nor those applying for U.S. citizenship. However, green card holders who leave the U.S. for more than 180 days (6 months) at a time may be subject to an admissibility determination, including a “public charge” review, upon re-entry to the United States.