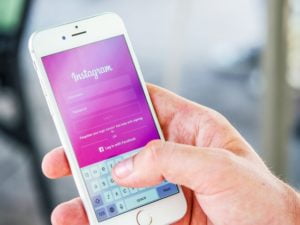 In an effort to comply with Executive Order (E.O.) 13780, “Protecting the Nation from Foreign Terrorist Entry into the United States,” the U.S. Department of Homeland Security (DHS) is seeking to inquire about social media usernames and providers, for a five year look-back period, to applicants for U.S. citizenship, green cards, asylum, and removal of conditions through USCIS, as well as those entering the United States on non-immigrant visas, including ESTA, through U.S. Customs & Border Protection. The social media sites listed as examples in the USCIS Notice include Facebook, LinkedIn, Reddit, Twitter, Instagram, Vine, YouTube, and Tumblr, in addition to regional networks including VKontakte and Sina Weibo.

The rationale for DHS to specifically request this information includes verifying applicants’ identities, fraud detection, and to discover information that may concern national security and/or law enforcement:

Social media may help distinguish individuals of concern from applicants whose information substantiates their eligibility for travel or an immigration benefit. Social media can provide positive, confirmatory information to verify identity and support a beneficiary’s or traveler’s application, petition, or claims. It can also be used to identify potential deception, fraud, or previously unidentified national security or law enforcement concerns, such as when criminals and terrorists have provided otherwise unavailable information via social media, that identified their true intentions, including support for terrorist organizations.

In its notice, DHS proposes revising the Applicant’s Certification on the nine named immigration forms to include the following text:

“I also authorize USCIS to use publicly available social media information for verification purposes and to determine my eligibility for the immigration benefit that I seek. I further understand that USCIS is not requiring me to provide passwords; to log into a private account; or to take any action that would disclose non-publicly available social media information.”

To read the full Notice in the Federal Register: “Agency Information Collection Activities: Generic Clearance for the Collection of Social Media Information on Immigration and Foreign Travel Forms”